I just flew back home yesterday from meeting with an out-of-state client and watched the movie “Crazy Rich Asians” while in-flight.

I was struck by one scene in particular. There was a point in the movie when Rachel met the eldest woman in the family, Ah-ma. While Ah-ma tells Rachel that she has an auspicious nose, the rest of the family could care less. Looks don’t matter in the context of the movie. 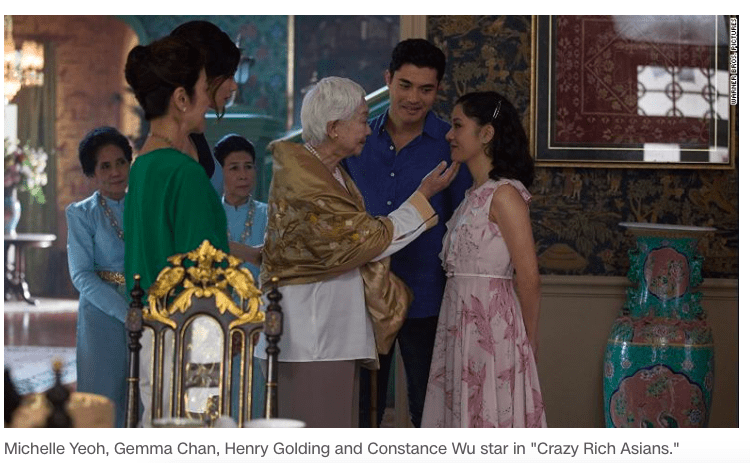 I highlight this scene to mention that Ah-ma was practicing Face Reading.

Face reading, also physiognomy, is a science which predicts fate by reading the facial features of a person. As the saying goes “personality and thought can be judged by people’s faces”. Through face reading, we can learn many things, such as fate, character, future and fortune, about someone we meet at the first time.

As the most prominent part of the face, the nose represents one’s self-esteem, ability, social status, and personality. In face reading, eyes are the symbol of rank while the nose is the symbol of wealth. Many people believe that the nose indicates the luck for official career and wealth.

The well-featured nose with a fleshy tip raised wings and invisible nostrils is believed to be the symbol of good fortune.

Chinese Face Reading is an especially useful tool for any business owner and hiring professionals. If you know what to look for, you can carefully read someone’s face and learn more, beyond what is presented on a resume or discussed during an interview.

I also have found that teachers like to use this tool to better manage their students and help create better outcomes as a whole.

Face Reading is fascinatingly accurate and fun to practice because no one has to know what you are doing. Great for people watching! And, I also think that when you see the hidden messages in someone’s face, it brings greater compassion and tolerance, too.