This trend is increasing fastest among baby boomers, who can afford a custom-built home and primarily want separate master bedrooms to accommodate different sleeping habits or issues that make it hard for them to get the rest they need, like snoring or other medical matters. You would think it was just baby boomers. Not so! Couples in their 20s, who are dealing with different work schedules, childcare priorities, or who simply want their own space, are finding they sometimes prefer to sleep apart as well. 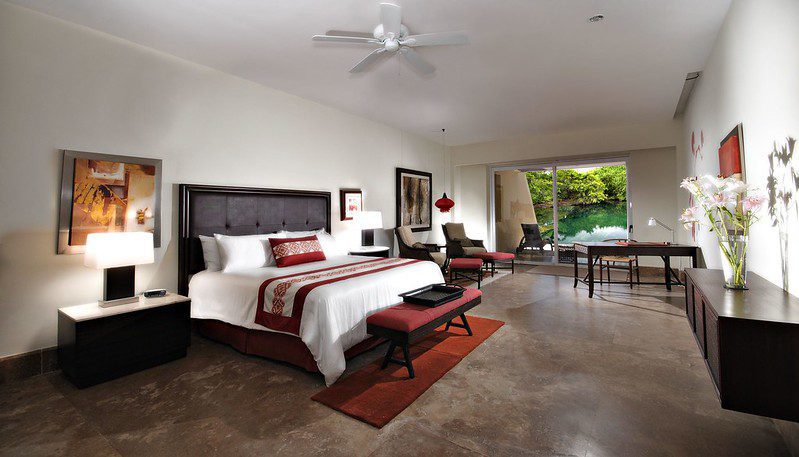 Just the other day I watched a news article that said that people who chose to sleep in two different rooms are getting a ‘sleeping divorce’. Doesn’t that sound awfully dramatic? Couples sleeping in the same room is a rather modern, Western convention – only really becoming in fashion starting in the early 1900s. Carson Daly, the celebrity television host, recently opened up to the public as to why he and his wife sleep in separate beds. It is much more common than you think. People do not talk about how sleeping away from their partner benefits them simply because of the stigma our pop culture has placed on the ‘marriage bed’. While sleeping in two separate rooms used to be a sign of having marriage troubles, that is no longer the case. Regardless, is it good Feng Shui?

This practitioner says Yes! Married couples who have dual bedrooms tend to get a better night’s sleep, which can produce happier spouses and, in turn, happier marriages with partners who are more loving and attentive. The primary aim is about getting the sleep you need, so you can live a healthy lifestyle. In turn that makes you a better spouse, partner, parent, employee, employer, and so on…

People have told me that sleeping in separate rooms has saved their marriage. Yes, it has merit just in the ability to claim one’s own space, honor an individual sleeping cycle and comfort level. Is there a Feng Shui reason, too? Yes, there is also a Feng Shui component as well. Some sectors of the home are better for some family members. A different sleeping direction could be more beneficial to one partner than the other.

Early on in my Feng Shui career, I was hired by a man to come to Feng Shui his house. On our initial tour, he was embarrassed to admit that he and his wife had different rooms for sleeping. I assured him that first, I don’t judge and second, it was pretty common. In the case of this client, both rooms needed different approaches because of the husband’s and wife’s charts were so different. This gentleman was open to my Feng Shui suggestions and they both benefitted immensely by making a few simple adjustments. They noticed a bump in financial security and their relationship was enhanced even more!

In the last decade, I have observed more and more couples sleeping separately and their marriages are strong and loving. If you are thinking about building a custom home or making a change to sleep in separate bedrooms, get a Feng Shui consultation to advise you on how to best use the space to help you with tapping into supportive energy for wealth, health and a happier relationship.